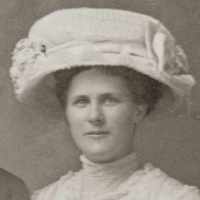 The Life of Itha Viola

Put your face in a costume from Itha Viola's homelands.

English: occupational name for a moneyer, Old English myntere, an agent derivative of mynet ‘coin’, from Late Latin moneta ‘money’, originally an epithet of the goddess Juno (meaning ‘counselor’, from monere ‘advise’), at whose temple in Rome the coins were struck. The English term was used at an early date to denote a workman who stamped the coins; later it came to denote the supervisors of the mint, who were wealthy and socially elevated members of the merchant class, and who were made responsible for the quality of the coinage by having their names placed on the coins.

A Gathering of Memories/History of Big Sandy, Montana Communities

pg 126-7-added some from history that was given to me by Gordyn Crofoot Roy Carlton Crofoot was born 8 Oct 1885 to Warren and Fanny (Losinger) Crofoot who lived near Rochester, Olmsted, Minnesota. In …