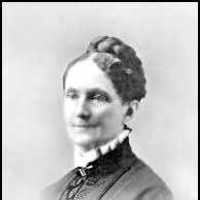 The Life of Anna Eliza

Put your face in a costume from Anna Eliza's homelands.

During the years 1799 to 1827, New York went through a period of gradual emancipation. A Gradual Emancipation Law was passed in 1799 which freed slave children born after July 4, 1799. However, they were indentured until 25 years old for women and 28 years old for men. A law passed 1817 which freed slaves born before 1799, yet delayed their emancipation for ten years. All remaining slaves were freed in New York State on July 4, 1827.
1839 · Dueling Prohibited

February 20, 1839, Congress prohibits dueling in Washington D.C. It is inspired by the incident where William Graves, a Kentucky Rep. is killed by Jonathan Cilley, a Maine Rep.

1 Dutch: habitational name for someone from a place called Hegge(n) or ter Hegge(n), derived from a word meaning ‘hedge’.2 Altered spelling of German Hegemann, a Westphalian topographic name for someone who lived in an enclosed (i.e. fenced) area, Middle High German hagen + man ‘man’.