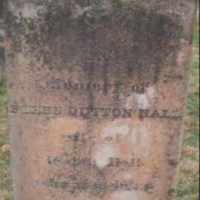 The Life of Phebe

English: habitational name from any of the places called Dutton, especially those in Cheshire and Lancashire. The first of these is named from Old English dūn ‘hill’ + tūn ‘enclosure’, ‘settlement’; the second is from Old English personal name Dudd(a) ( see Dodd 1) + Old English tūn.