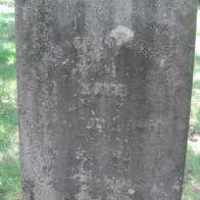 The Life of Lysander

Put your face in a costume from Lysander's homelands.

Because of the outbreak of war from Napoleonic France, Britain decided to blockade the trade between the United States and the French. The US then fought this action and said it was illegal under international law. Britain supplied Native Americans who raided settlers living on the frontier and halting expansion westward. In 1814, one of the British raids stormed into Washington D.C. burning down the capital. Neither the Americans or the British wanted to continue fighting, so negotiations of peace began. After Treaty of Ghent was signed, Unaware of the treaty, British forces invaded Louisiana but were defeated in January 1815.
1821 · Financial Relief for Public Land