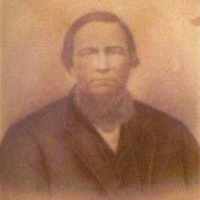 The Life of Thomas E

Put your face in a costume from Thomas E's homelands.

The western part of Kentucky purchased by Andrew Jackson from the Chickasaw Indians in 1818. It became known as the Jackson Purchase. This included land that wasn't originally part of Kentucky when it became a state.
1825 · State Capital Moves to Indianapolis