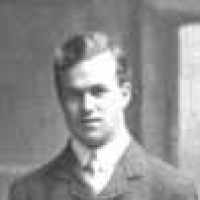 The Life of Montagu Robert

Put your face in a costume from Montagu Robert's homelands.

English: from the Middle English and Old French personal name Lorens, Laurence (Latin Laurentius ‘man from Laurentum’, a place in Italy probably named from its laurels or bay trees). The name was borne by a saint who was martyred at Rome in the 3rd century ad ; he enjoyed a considerable cult throughout Europe, with consequent popularity of the personal name (French Laurent, Italian, Spanish Lorenzo, Catalan Llorenç, Portuguese Lourenço, German Laurenz; Polish Wawrzyniec (assimilated to the Polish word wawrzyn ‘laurel’), etc.). The surname is also borne by Jews among whom it is presumably an Americanized form of one or more like-sounding Ashkenazic surnames.