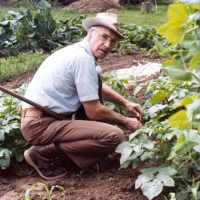 The Life of Thomas Twitchell

Put your face in a costume from Thomas Twitchell's homelands.

The Boeing Aircraft was named and created by William Boeing. The first two planes were Bluebill and Mallard and the first flight was July 15, 1916. Boeing aircrafts made their debut during WWI.
1937 · The Neutrality Act

English: habitational name from any of various places so called. Most of them, including those in Herefordshire, Shropshire, and Somerset (Winford), are named from Old English feld ‘pasture’, ‘open country’ + tūn ‘enclosure’, ‘settlement’. Another place of the same name in Somerset, also known as Whitchurch, has as its first element Old English fileðe ‘hay’. Felton Hill in Northumberland is named with the Old English personal name Fygla(a derivative of fugol ‘bird’; compare Fowle ).