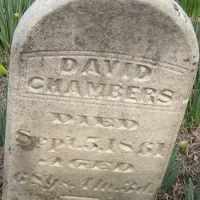 The Eleventh Amendment restricts the ability of any people to start a lawsuit against the states in federal court.
1796 · Wilderness Road Opens to Wagons

In 1796, the Wilderness Road opened up for wagon use. The route was used by colonial and early settlers to reach Kentucky from the East. It started in Virginia, and went southward to Tennessee and then went north to Kentucky. The main danger of this route was Native American attacks.
1816