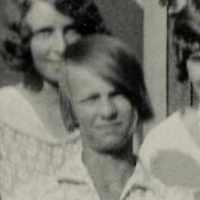 The Life of Cletis Naomi

Put your face in a costume from Cletis Naomi's homelands.

Zoo Idaho opened its doors at a local trailer park with just two animals on display. A few years later, C. Ben Ross appropriated funds for the purchase of land to create a park and a zoo. Today the zoo is home to 89 animals, all of which are native to the Intermountain West.
1943 · Pocatello Army Airfield

The Pocatello Army Airfield was built during WWII and was used as a training base before sending members of the air force off into battle.

English and Scottish: habitational name from any of various places, for example in the Scottish Borders and in Cheshire, Lancashire, Lothian, Northumberland, and North and West Yorkshire, called Harwood or Harewood from Old English hār ‘gray’ or hara ‘hare’ + wudu ‘wood’. This name has also become established in Ireland.