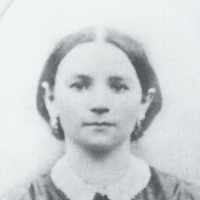 The Life of Anna Marie

When Anna Marie Bramer was born on 12 October 1840, in Heldrungen, Eckartsberga, Saxony, Prussia, Germany, her father, Carl Bramer, was 29 and her mother, Johanna Friedericke Borner, was 28. She married Frank Robert Rauchfuss on 29 December 1859, in Heldrungen, Eckartsberga, Saxony, Prussia, Germany. They were the parents of at least 7 sons and 4 daughters. She died in 1879, in Saxony-Anhalt, Germany, at the age of 39, and was buried in Germany.

1 German: topographic name in the south for someone who lived where brambles grew ( see Brahm 3).2 German (Brämer): variant of Bremer .3 Jewish (eastern Ashkenazic): occupational name for a janitor, Yiddishized form of Polish bramarz.