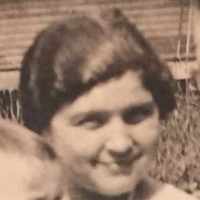 The Life of Ruth Freeman

Put your face in a costume from Ruth Freeman's homelands.

A landmark decision of the U.S. Supreme Court upholding the constitutionality of racial segregation laws for public facilities if the segregated facilities were equal in quality. It's widely regarded as one of the worst decisions in U.S. Supreme Court history.
1913 · Cleveland Museum of Art

The Cleveland Museum of Art was founded as a trust from Hinman Hurlbut, John Huntington, and Horace Kelley. It is to be known as the fourth-wealthiest art museum in the United States. The museum opened its doors to the public on June 6, 1916, and is free to the public to come and enjoy the diverse collections inside. Today the museum can be found as the center piece of Wade Park and both are on the National Register of Historic Places.
1916 · The First woman elected into the US Congress