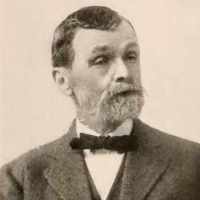 Established June 10, 1853, Stockton is located along the Delaware River and was a stop on the Belvidere & Delaware Railroad. It became the location for the post office when it was moved from Prallsville. Jeremiah Smith became the first postmaster.

English: habitational name from various places, for example Chipping (High) Barnet, East Barnet, and Friern Barnet in Greater London, named with Old English bærnet ‘place cleared by burning’ (a derivative of bærnan ‘to burn, to set light to’).English (of Norman origin): from a medieval personal name, a variant of Bernard .Jewish (Ashkenazic): this surname has been adopted by Ashkenazic Jews in the English-speaking world, perhaps as an Anglicized form of a vaguely similar Jewish name such as Baruch .