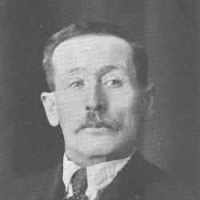 A patent was filed on October 11, 1867, on a new direct action typewriter. The patent was filed by Christopher Latham Sholes, Carlos Glidden, and Samuel Soule who had invented the prototype in Milwaukee.
1875 · A Treaty with Hawaii

1 Occupational name for a smith or ironworker, from Latin faber ‘craftsman’. This was in use as a surname in England, Scotland, and elsewhere in the Middle Ages and is also found as a personal name. At the time of the Reformation, it was much used as a humanistic name, a translation into Latin of vernacular surnames such as German Schmidt and Dutch Smit.2 Secondary surname in French Canada for lefebvre . The name Fabert appears in Kaskaskia, IL, in 1725 .