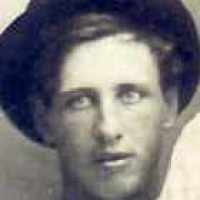 The Life of Walter Lafayette

Put your face in a costume from Walter Lafayette's homelands.

1 English: habitational name from any of various places named with Middle English heghen, a weak plural of hegh, from Old English (ge)hæg ‘enclosure’. See also Haynes .2 English: from the Middle English personal name Hain, Heyne. This is derived from the Germanic personal name Hagano, originally a byname meaning ‘hawthorn’. It is found in England before the Conquest, but was popularized by the Normans. In the Danelaw, it may be derived from Old Norse Hagni, Hǫgni ( see Hagan ), a Scandinavianized version of the same name.3 English: nickname for a wretched individual, from Middle English hain(e), heyne ‘wretch’, ‘niggard’.