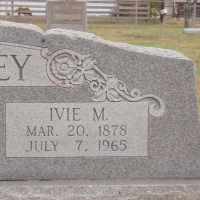 The Life of Mary Ivie

Put your face in a costume from Mary Ivie's homelands.

Garfield was shot twice by Charles J. Guitea at Railroad Station in Washington, D.C. on July 2, 1881. After eleven weeks of intensive and other care Garfield died in Elberon, New Jersey, the second of four presidents to be assassinated, following Abraham Lincoln.
1901 · Spindletop Oilfield Discovered

English: most probably a habitational name, either from a variant spelling of Wortley , or alternatively from places in Essex and Somerset called Warley, named in Old English with wær, wer ‘weir’ + lēah ‘wood’, ‘clearing’, or from Warley in the West Midlands, which is named with Old English weorf ‘draft oxen’ + lēah.