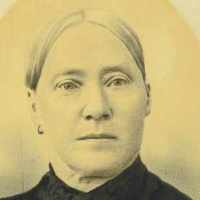 Being a second spiritual and religious awakening, like the First Great Awakening, many Churches began to spring up from other denominations. Many people began to rapidly join the Baptist and Methodist congregations. Many converts to these religions believed that the Awakening was the precursor of a new millennial age.
1839

The Night of the BIG WIND. In Killarney and its neighborhood there was a terrible hurricane. The town sustained much damage and many houses were shattered.
1846