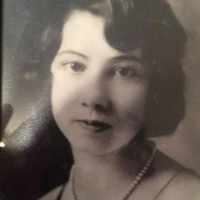 The Life of Neoda Gertrude

Put your face in a costume from Neoda Gertrude's homelands.

Known as the National Bureau of Criminal Identification, The Bureau of Investigation helped agencies across the country identify different criminals. President Roosevelt instructed that there be an autonomous investigative service that would report only to the Attorney General.
1911 · First U.S. Primary Elections Held

She learned to drive in her 70's. Her husband used to drive her every where. After he passed away, she asked her grand daughter Janet to teach her to drive. Neoda wasn't a bad driver, but she was terr …