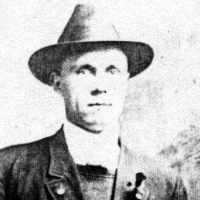 The Life of Otto McKinley

Put your face in a costume from Otto McKinley's homelands.

This Act set a price at which gold could be traded for paper money.
1900

Latin: From the Latin name Gregorius, from a Greek word meaning "to watch." The name means "watchful," similar to the name Ira. Griogair is the Gaelic form.