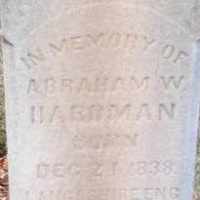 The Parliment of the United Kingdom passed the Mines and Collieries Act of 1842, mostly commonly known as the Mines Act of 1842. This act made it so that nobody under the age of ten could work in the mines and also females in general could not be employed.
1843

1 English (chiefly Lancashire): occupational name for a herdsman, a variant of Herdman ( see Heard ). (The change of -er- to -ar- was a regular phonetic pattern in Old French and Middle English.)2 English: from an unattested Old English personal name Heardmann, composed of the elements heard ‘hardy’, ‘brave’, ‘strong’ + mann ‘man’. According to Reaney and Wilson, compound names with this second element became common in late Old English in eastern England.3 Irish: of English origin (see above), but sometimes confused with Harman .