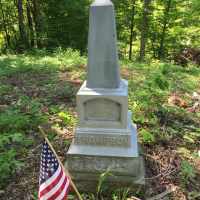 The Life of Angeline

During the years 1799 to 1827, New York went through a period of gradual emancipation. A Gradual Emancipation Law was passed in 1799 which freed slave children born after July 4, 1799. However, they were indentured until 25 years old for women and 28 years old for men. A law passed 1817 which freed slaves born before 1799, yet delayed their emancipation for ten years. All remaining slaves were freed in New York State on July 4, 1827.
1832 · The Black Hawk War

1 English: occupational name, from an agent derivative of Middle English weven ‘to weave’ (Old English wefan).2 English: habitational name from a place on the Weaver river in Cheshire, now called Weaver Hall but recorded simply as Weuere in the 13th and 14th centuries. The river name is from Old English wēfer(e) ‘winding stream’.3 Translated form of German Weber .