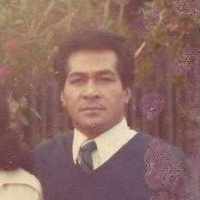 When Kaumavae Lualala Lavulo was born on 29 May 1935, in Tongatapu, Tongatapu, Tonga, his father, Siosiua Talanoa Vuki Lavulo, was 37 and his mother, Hepisipa Pua Latu, was 33. He died on 12 August 2009, in San Francisco, California, United States, at the age of 74, and was buried in Holy Cross Catholic Cemetery, Colma, San Mateo, California, United States.

Put your face in a costume from Kaumavae Lualala's homelands.

The Neutrality Acts were passed in response to the growing conflicts in Europe and Asia during the time leading up to World War II. The primary purpose was so the US wouldn't engage in any more foreign conflicts. Most of the Acts were repealed in 1941 when the Japanese attacked Pearl Harbor.
1953 · Grizzly Bear Becomes State Animal