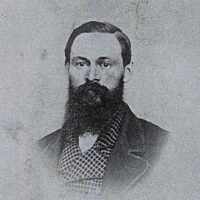 The Life of Henry Hubbard

Put your face in a costume from Henry Hubbard's homelands.

Being a second spiritual and religious awakening, like the First Great Awakening, many Churches began to spring up from other denominations. Many people began to rapidly join the Baptist and Methodist congregations. Many converts to these religions believed that the Awakening was the precursor of a new millennial age.
1834 · Vermont Anti-Slavery Society is Formed

The Anti-Slavery Society of Vermont was established in 1834. 100 people from different towns were at the first meeting, with the intent to abolish slavery.
1851 · Constitution of 1851

1 English: occupational name for someone who earned his living by sawing wood, Middle English saghier, an agent derivative of sagh(en) ‘to saw’.2 Americanized form of some like-sounding Jewish surname or a translation of Seger .

Director/Administrator Kansas School for the Blind

My Grandmother Martha Louise Sessions Huntzinger was the wife of Hubert Huntzinger, who was the grandson of Henry Hubbard Sawyer, who was the Administrator of the School for the Blind in Wyandotte, Ka …