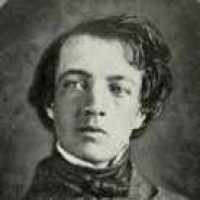 The Life of Frederick Law

Put your face in a costume from Frederick Law's homelands.

Frederick Law Olmsted had played the field of pretty, well-to-do young ladies in 1851 when he decided it was time to get married. He was pushing 30. All his friends had settled down and his younger br …