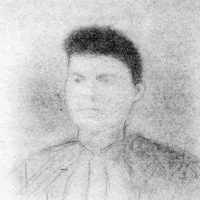 When Rebecca Dyment was born in 1795, in Devon, England, her father, James Dyment, was 28 and her mother, Mary Marles, was 33. She married Hugh John Cudmore on 20 March 1816, in West Worlington, Devon, England, United Kingdom. They were the parents of at least 7 sons and 3 daughters. She died after 1881, in Prince Edward Island, Canada, at the age of 87.