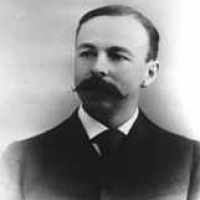 The Life of George Earle

Put your face in a costume from George Earle's homelands.

"""By 1864, the mounting number of deceased soldiers from the American Civil War battlefields and military hospitals exceeded the capacity of existing national cemeteries in the Washington, D.C. area, so the U.S. government began looking for additional burial space. On May 13, 1864, U.S. Private William Christman became the first soldier buried on the Arlington property. On June 15, 1864, 200 acres of the plantation were officially designated as a military cemetery, formally establishing Arlington National Cemetery. Today, the cemetery encompasses 639 acres and is the resting place of approximately 400,000 active duty service members, veterans and their families."""
1874 · Secrete Service Headquarters

The Secrete Service Headquarters had been in NYC for four years. Finally in 1874, it returns to Washington D.C.