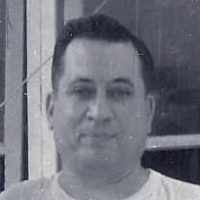 The Life of Roman Bruce

Put your face in a costume from Roman Bruce's homelands.

1 English (mainly East Anglia): nickname for a pious and demure man, or an occupational name for someone who worked at a convent, from Middle English nunn ‘nun’ (Old English nunne, from Latin nonna, originally a respectful term of address for an elderly woman. The Latin word probably originated as a nursery term).2 German: from an Old High German personal name Nunno, said to be a nursery word.

MOVE TO UTAH and MARRIAGE TO WALTER MICHAELIS

written by Pearly Evelyn Hodges After I came home from Papa’s funeral, I hurriedly packed the rest of my things. I went with Lorin as he hauled them in a small truck to the freight depot. It took seve …