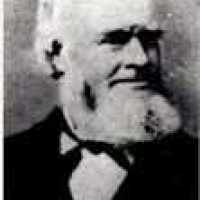 The Life of Alanson

Put your face in a costume from Alanson's homelands.

On January 28, 1820, the New Jersey Legislature incorporated the City of Jersey from parts of the Bergen Township. The city would be reincorporated two more times (January 23, 1829 and February 22, 1838) before receiving its official name. Jersey City became part of the new Hudson County in February of 1840.
1827 · Slavery Becomes Illegal in New York State

During the years 1799 to 1827, New York went through a period of gradual emancipation. A Gradual Emancipation Law was passed in 1799 which freed slave children born after July 4, 1799. However, they were indentured until 25 years old for women and 28 years old for men. A law passed 1817 which freed slaves born before 1799, yet delayed their emancipation for ten years. All remaining slaves were freed in New York State on July 4, 1827.
1835