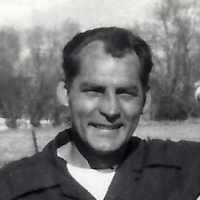 The Life of Lawrence Edward

Put your face in a costume from Lawrence Edward's homelands.

The Prohibition Era. Sale and manufacture of alcoholic liquors outlawed. A mushrooming of illegal drinking joints, home-produced alcohol and gangsterism.
1941

1 Basque: reduced form of Aranda, a topographic name from aran ‘blackthorn’ + the locative suffix -da.2 French (eastern and southeastern): topographic name for someone who lived at the boundary of a territory or on the margin of a settlement.