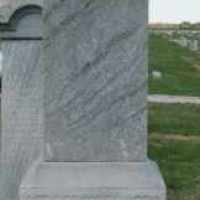 The Life of Jacob Meyer

Put your face in a costume from Jacob Meyer's homelands.

Irish and English:1. nickname for a brave or powerfully built man, from Middle English stout ‘steadfast’. 2. from the Old Norse byname Stútr ‘gnat’, denoting a small and insignificant person. 3. possibly also a habitational name from a minor place named with the Old English element stūt ‘stumpy hillock’, which is found as a component in various Devon place names.