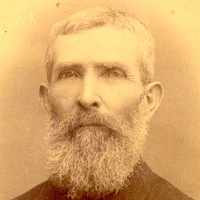 The Life of William Morris

Put your face in a costume from William Morris's homelands.

The Hermitage located in Nashville, Tennessee was a plantation owned by President Andrew Jackson from 1804 until his death there in 1845. The Hermitage is now a museum.
1862 · Battle of Shiloh

1 English: variant of Harding .2 French: from a pet form of any of several Germanic compound personal names beginning with hard ‘hardy’, ‘brave’, ‘strong’.