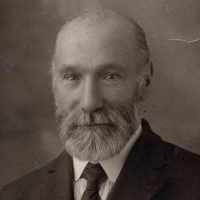 The Life Summary of Andrew Peter

When Andrew Peter Anderson was born on 20 December 1854, in Karbenning, Västmanland, Sweden, his father, Anders Andersson, was 28 and his mother, Anna Abrahamsdotter, was 29. He married Carlina Johnson on 26 December 1877, in Karbenning, Västmanland, Sweden. They were the parents of at least 5 sons and 3 daughters. He died on 25 June 1924, in Taylor, Weber, Utah, United States, at the age of 69, and was buried in Ogden City Cemetery, Ogden, Weber, Utah, United States.

Put your face in a costume from Andrew Peter's homelands.