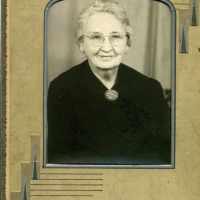 The Life of Addie Kate

Put your face in a costume from Addie Kate's homelands.

Catalan: nickname for someone with red hair or a ruddy complexion, from roig ‘ruddy’, ‘red’ (Latin rubeus).

She is listed as a founder of the church. In the Church there is a Plaque with her name on it.