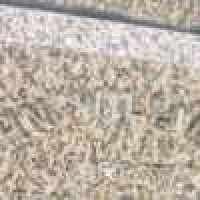 The Life Summary of Johann Wilhelm

Put your face in a costume from Johann Wilhelm's homelands.

German and Jewish (Ashkenazic): occupational name for a weaver, Middle High German wëber, German Weber, an agent derivative of weben ‘to weave’. This form of the surname is also established in many other parts of Europe, notably in France (mainly Alsace and Lorraine), Poland, and the Netherlands. In Hungary it is mostly spelled Wéber and Véber. In Russia, Slovenia, Czechia, Slovakia, and Croatia it is (also) established in the Slavicized form Veber , which is in Czechia also spelled Vebr. Compare Waber , Weaber , Weaver , Webber , and Webre .History: As a name of ultimately Swiss German origin the surname Weber is also established among the American Mennonites. However, descendants of the early Mennonite settlers, who came to PA in the early 18th century, mostly bear the Americanized form of the name (see Weaver ).

John William Weber was born in the province of Wittegenstein, Germany, March 5, 1735. He was a school master in Germany and migrated to America in 1764, and taught school in Eastern Pennsylvania. Of …