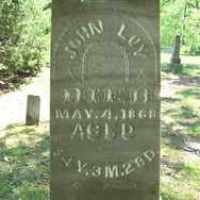 German, Dutch, and French: from a shortened form of the medieval personal name Eloy, from Latin Eligius (see Eligio ), a Christian saint's name.German: habitational name from Loy in Oldenburg.Italian (Sardinia): variant of Loi .