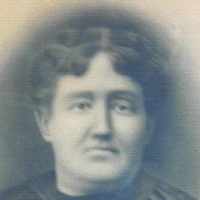 "Webster City was originally called Newcastle by settlers of European descent. Under the latter name it was changed in 1854 by Wilson Brewer.[5][6] In 1855, Walter C. Willson came to Newcastle. Willson was elected to the Iowa State House the next year and, with John F. Duncombe, crafted a bill to divide the very large Webster County in half. Newcastle would be renamed ""Webster City,"" and would become the county seat of the new county. Willson suggested ""Hamilton County"" after William W. Hamilton, the president of the State Senate. He helped pass the legislation. The law took effect on January 1, 1857, renaming Webster City and designating it as the county seat of the newly organized Hamilton County. Willson was also instrumental in getting the Dubuque & Sioux City rail line to be constructed through Webster City on its way to Fort Dodge. He personally oversaw the laying of track.[6]"