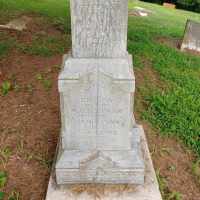 The Life of Europa

Put your face in a costume from Europa's homelands.

On January 9, 1811, the USS Revenge hits a reef off of Watch Hill, Rhode Island. The load the ship is carrying is handed off to other ships and the USS Revenge is tied down by tow ropes. It brakes free from the ropes and later sinks. In 2011 divers find what are believed to be the remains of the ship.
1812

English: habitational name from any of the various places in England so called, which do not all share the same etymology. The county seat of Staffordshire (which is probably the main source of the surname) is named from Old English stæð ‘landing place’ + ford ‘ford’. Examples in Devon seem to have as their first element Old English stān ‘stone’, and one in Sussex is probably named with Old English stēor ‘steer’, ‘bullock’.