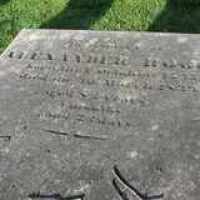 Maryland is the 7th state.
1777 · Washington's Troops Spent the Winter at Valley Forge

English: nickname from Middle English boggish ‘boastful’, ‘haughty’ (a word of unknown origin, perhaps akin to Germanic bag and bug, with the literal meaning ‘swollen’, ‘puffed up’). The name (in the forms Boge(y)s, Boga(y)s) is found in the 12th century in Yorkshire and East Anglia, and also around Bordeaux, which had trading links with East Anglia.