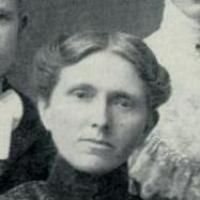 Some characteristic forenames: French Lucien.Americanized form of German Friedel or of one of its variants. The surname Friedel is also found in France (Alsace and Lorraine).