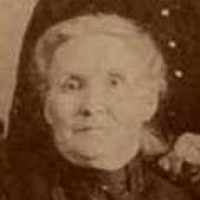 When Sarah Alice Beaumont was born on 5 August 1840, in Bodenham, Herefordshire, England, United Kingdom, her father, Thomas Beaumont, was 25 and her mother, Ann Philips, was 25. She married Edward Newman about 1863, in England, United Kingdom. They were the parents of at least 5 sons and 2 daughters. She lived in Llyswen, Breconshire, Wales, United Kingdom in 1871 and Oshawa, Durham, Ontario, Canada in 1881. She died on 30 April 1922, in Buffalo, Erie, New York, United States, at the age of 81, and was buried in Buffalo, Erie, New York, United States.

Like the iron and copper mines, the coal fields in South Wales were very important to the industrial revolution. Many of those that worked in the coal mines were part of the Merthyr uprising.
1863

English (of Norman origin) and French: habitational name from any of the five places in Normandy or several others elsewhere in France so named. The place name comes from Old French beu, bel ‘fair’, ‘lovely’ + mont ‘hill’. There are also places in England so named under Norman influence (in Cumberland, Lancashire, and Essex, the last of which changed its name in the 12th century from Fulepet ‘foul pit’ to Bealmont ‘beautiful hill’); these may also have given rise to cases of the surname. The surname is now widespread throughout England, but most common in Yorkshire.