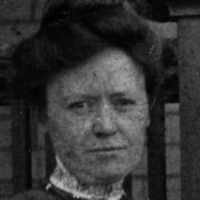 The Life of Louise Byrd

Put your face in a costume from Louise Byrd's homelands.

The first federal law that defined what was citizenship and affirm that all citizens are equally protected by the law. Its main objective was to protect the civil rights of persons of African descent.
1869 · Transcontinental Railroad Reaches San Francisco

The first transcontinental railroad reached San Francisco in 1869. The Western Pacific Railroad Company built the track from Oakland to Sacramento. The Central Pacific Railroad Company of California built the section from Sacramento to Promontory Summit Utah. The railroad linked isolated California to the rest of the country which had far-reaching effects on the social and economical development of the state.
1890 · The Sherman Antitrust Act

Irish: A name derived from the Irish Cullen, signifying whelp