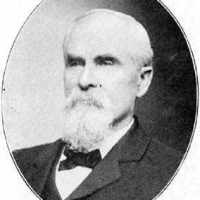 The Life of Job W

Put your face in a costume from Job W's homelands.

Being a monumental event in the Texas Revolution, The Battle of the Alamo was a thirteen-day battle at the Alamo Mission near San Antonio. In the early morning of the final battle, the Mexican Army advanced on the Alamo. Quickly being overrun, the Texian Soldiers quickly withdrew inside the building. The battle has often been overshadowed by events from the Mexican–American War, But the Alamo gradually became known as a national battle site and later named an official Texas State Shrine.
1854 · Kansas-Nebraska Act is Passed

On May 30, 1854, the Kansas-Nebraska Act was passed. It allowed people in the territories of Kansas and Nebraska to decide whether or not they wanted to allow slavery within their borders. This Act repealed the Missouri Compromise of 1820.
1867

1 English (of Norman origin): habitational name for someone from Cassel in Nord, France.2 English: variant spelling of Castle .3 Americanized or older spelling of German Kassel .