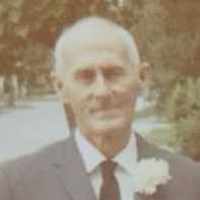 The Life of Ernest T.

Put your face in a costume from Ernest T.'s homelands.

President William McKinley was shot at the Temple of Music, in the Pan-American Exposition, while shaking hands with the public. Leon Czolgosz shot him twice in the abdomen because he thought it was his duty to do so. McKinley died after eight days of watch and care. He was the third American president to be assassinated. After his death, Congress passed legislation to officially make the Secret Service and gave them responsibility for protecting the President at all times.
1907 · Boll Weevil Destroys Most the Cotton Crop

When the boll weevil threatened most the Mississippi Delta, it put the state’s cotton crop in peril. By the time the boll weevil reached Mississippi it had already destroyed four million bales of cotton. This added up to $238 million at the time or about 6 billion in present day. The boll weevil depends on cotton for every stage of its life.
1927