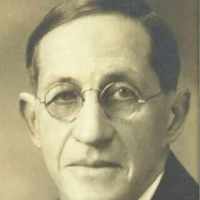 The Life of Ralph Marcellus

Put your face in a costume from Ralph Marcellus's homelands.

My natural parents were Della E. Young and Ralph Alger who was a brother to my adopted father, Archie Reed Alger. When I was eight years old I went to Detroit to spend the summer with my uncle Archi …