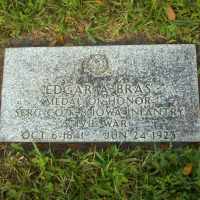 The Life Summary of Edgar Athling

Put your face in a costume from Edgar Athling's homelands.

Some characteristic forenames: Spanish Rafael, Armando, Cesar, Gilberto, Jorge, Jose, Juaquin, Julio. French Andre, Francois, Thierry. Portuguese Joao.Dutch: from Middle Dutch bras ‘arm’. This was probably a descriptive nickname for someone with some peculiarity of the arm, but the word was also used as a measure of length, and may also have denoted a surveyor (compare 3 below).Spanish; Portuguese (Brás): from a vernacular form of the personal name Blasius , popularized through the cult of the 4th-century Christian martyr. Compare Portuguese Braz .