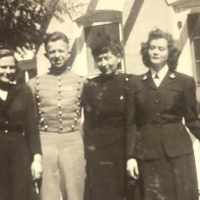 The Life of Mabel Winifred

Put your face in a costume from Mabel Winifred's homelands.

A law that funded many irrigation and agricultural projects in the western states.
1919 · Mesa Arizona Latter-day Saint Temple Announced

1 English: patronymic from Wilk .2 Frisian: from a pet form of the personal name Will.