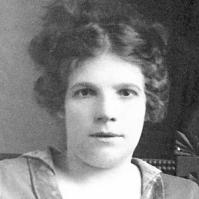 The Life Summary of Edna Victoria

When Edna Victoria Bongard was born on 28 March 1889, in Averill, Midland, Michigan, United States, her father, Robert McLaughlin Bongard, was 39 and her mother, Julia Ann Hawley, was 23. She married George Henry Willison on 2 June 1903, in Winnipeg, Manitoba, Canada. They were the parents of at least 4 sons and 1 daughter. She lived in Calgary, Alberta, Canada in 1911 and Alberta, Canada in 1916. She died on 8 September 1931, in Portland, Multnomah, Oregon, United States, at the age of 42, and was buried in Portland, Multnomah, Oregon, United States.

Put your face in a costume from Edna Victoria's homelands.

German: from Middle Low German bōm ‘tree’ + gard ‘garden’, hence a topographic name for someone who lived by an orchard or a nickname for someone who owned or worked in one. Compare Baumgarten .Dutch: variant of Bogard or Bogaard , cognates of 1.French: habitational name from a minor locality named with bon ‘good’ + gard, the objective case of Old French gardin ‘garden’.

I was born on June 17, 1904, in the Elmwood District of the city of Winnipeg, Province of Manitoba, country of Canada. My fathers name was George Henry Willison (born 1883). My mothers name was Edna …