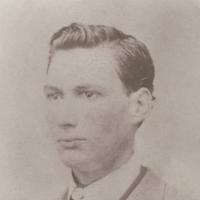 The Life Summary of Abram Carter

Put your face in a costume from Abram Carter's homelands.

Scottish: topographic name for someone who lived near a steep or precipitous rock, Older Scots crag, craig. Compare the synonymous English Cragg .Manx: either a shortened form of Gaelic Mac Concharraige ‘son of Cu Charraige (‘hound of the rock’) or possibly of Mac Thorveig ‘son of Thorveig’, from the Old Norse personal name Thórveig (from the god's name Thórr + veig ‘pith, strength’).