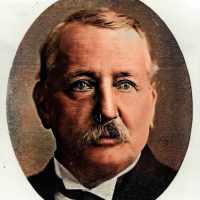 The Life Summary of Dwight A

Put your face in a costume from Dwight A's homelands.

1 English (mainly East Anglia): metonymic occupational name for someone who dealt in weights and measures, for example a grain factor, from Middle English pekke ‘peck’ (an old measure of dry goods equivalent to eight quarts or a quarter of a bushel).2 English: variant of Peak 1.3 Irish: variant of Peak 2.