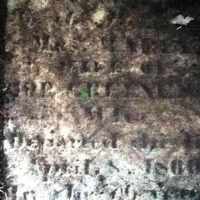 The Life of Marcy

Put your face in a costume from Marcy's homelands.

The first Jewish Synagogue in America was built in Newport, Rhode Island in 1763. It still stands today, making it the oldest synagogue in the United States.
1772 · The Gaspee Affair

On June 9, 1772, colonists that are angry with the trade restrictions that Britain put them under, board the HMS Gaspee and set it ablaze. This was the first act of violence against the British on the North American continent.
1776

1 Irish: translation of Gaelic Ó hUainín ‘descendant of Uainín’ ( see Honan 2).2 variant spelling of Green as an English name or as an Americanized form of name of similar meaning in some other European language.