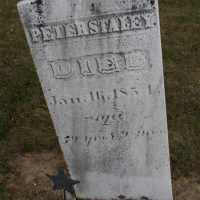 1 English: byname from Middle English staley ‘resolute’, ‘reliable’, a reduced form of Stallard .2 Belgian French: from Old French estalee ‘fish trap’, hence possibly a metonymic occupational name for a fisherman, or topographic name for someone who lived near where fish traps were set.

[[All of Peter Staley III's individual temple ordinances are now accomplished. Five of six ordinances were already accomplished for him, except his sealing to spouse Hannah Hall, reserved, since 2009, …